The Wyomissing Police Department was dispatched to the Berkshire Square parking lot, Saturday, March 19, 2022, just before 4 p.m., to a report of a shooting. Upon officers’ arrival, two crime scenes were identified in the shopping complex parking lot, one at the main entrance/exit to/from State Hill Road and another in the Walmart parking lot.

The crime scene closest to Walmart contained numerous spent casings along with damaged vehicles and a woman with a head injury who was being treated by witnesses to the incident.

The second crime scene contained two vehicles, one had several bullet holes apparent through the driver’s door window and a deceased man. The other vehicle contained the suspected shooter. According to police, the shooter was arrested by arriving officers as he exited his vehicle.

The shooter has been identified as Nehemias Santiago Montes of York, Pennsylvania. The woman was also found to be from York, the deceased Allentown man, Alexi Omar Rodriguez Serra, 34.

According to the police, the investigation revealed that the incident was related to the family, adding that the shooter and the victim were in a long-term relationship with each other.

The female victim was taken by ambulance to Reading Hospital and is listed in critical condition due to injuries to her head.

Police said a search warrant was executed on the vehicle being driven by Santiago Montes and a firearm was recovered.

Detectives from the Berks County District Attorney’s Office along with members of the Berks County Forensics Unit assisted Wyomising police detectives and forensic officers in interviewing witnesses and processing the various scenes of crime. 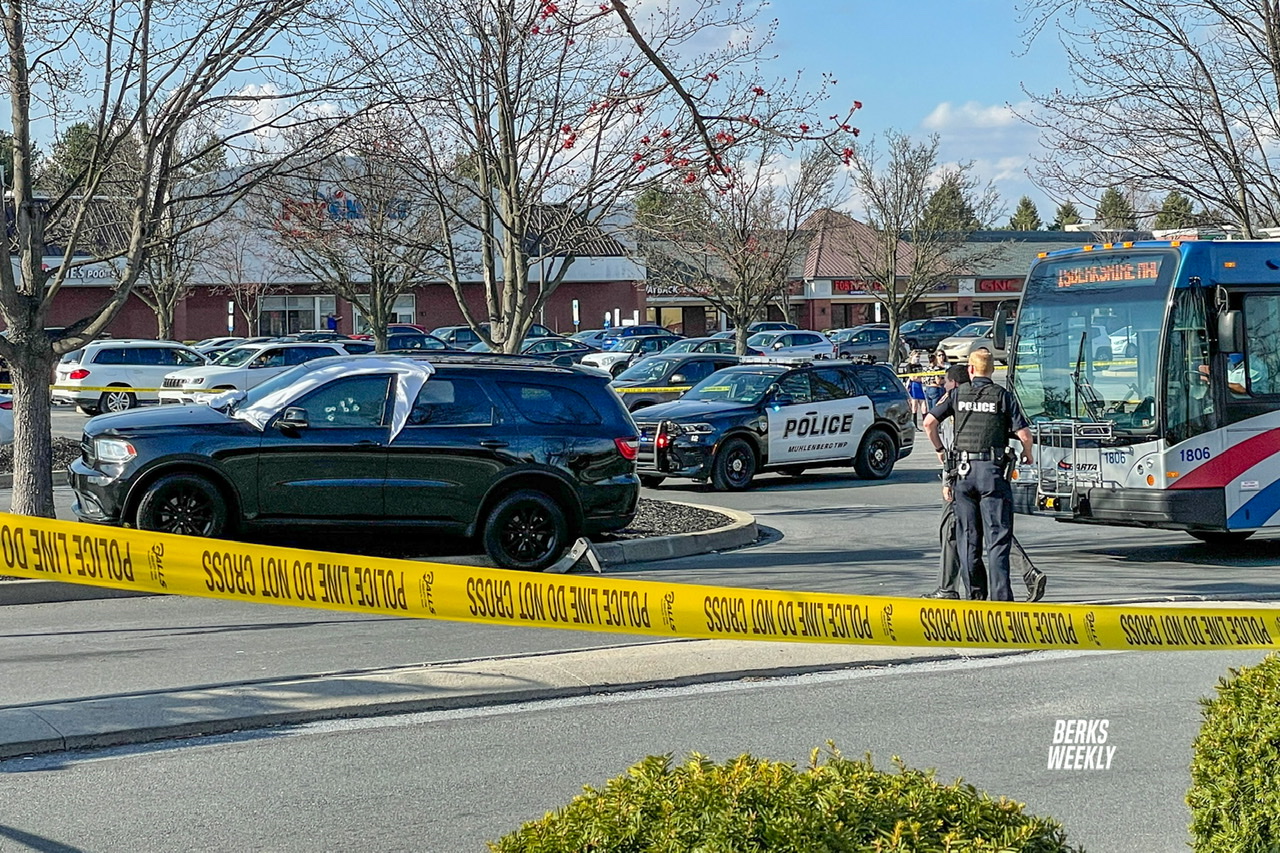 As part of the investigation, police said multiple videos capturing the incident had been obtained. Wyomissing police are asking that if anyone else captured video of the ongoing event, contact the department at 610-375-6102.