On 10 May 1972, the Co-operative Society’s head office and flagship store on York Street in Belfast was destroyed by an IRA bomb.

The remains of Ireland’s largest department store after the biggest fire in the current bombing campaign.

The fire is believed to have been started by a 30-pound bomb placed on the third floor of the four-story building. Store security officers did not believe police when they reported a telephone warning that a bomb had been planted. As a result, the building was not evacuated when the bomb exploded. Fortunately, the shop was closed for the day and the few employees present on site were not seriously injured. The co-op’s president visited the site today to inspect the damage and assess what to do about the 750 jobs.

More than 70 firefighters were called to deal with the blaze which is still burning.

Northern Ireland Labor Party chairman Erskine Holmes criticized the IRA for planting the bomb and destroying the building, which has now led to job losses. He called on the “mad bombers” to cease their campaign. The Northern Committee of the Irish Congress of Trades Unions described the fire as a crippling blow to the co-operative movement which was wholly owned by workers.

The flames and smoke that emanated from every evil deed created a furnace of bitterness among the people of the North that would be difficult to quench.

An RTÉ News report broadcast on May 11, 1972. The reporter is Kevin Myers. 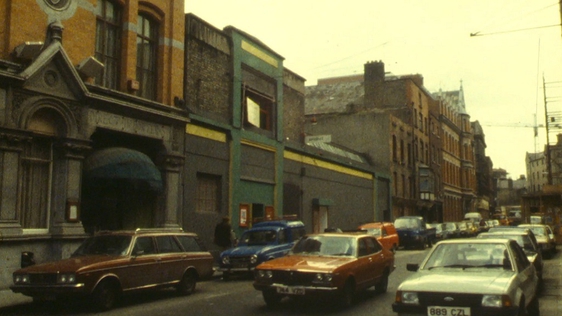