The Gwangbok branch of the Lotte department store reopened on Thursday after being closed for a day, with the company promising to meet obligations dating back more than a decade.

The branch, located in Busan, had been operating under a one-year temporary permit from the city government that has been extended every year since 2009. It had to temporarily close on Wednesday because this year’s extension was rejected.

The city of Busan rejected the extension due to Lotte Shopping, which runs the Lotte department store, showing no progress in building a 107-story Lotte tower. He had promised to build a Lotte tower near the department store when he bought the 195,690 square meters (2.1 million square feet) land in 1995.

On Thursday, a temporary four-month extension to operate the Gwangbok branch was granted by the city of Busan on the condition that Lotte Shopping make progress on the construction plan. 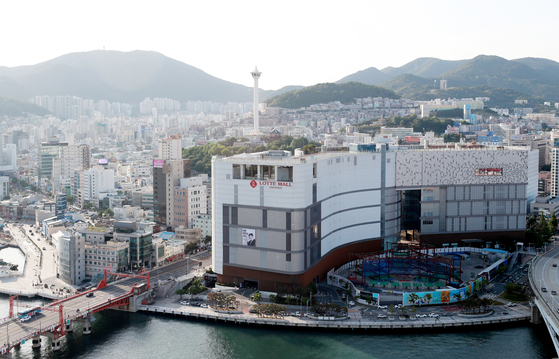 Lotte Shopping will be able to operate the department store until September 30 and will need to secure another extension before the end of the four-month period.

In exchange for the permit, the city of Busan, Lotte Corporation – which owns 40% of Lotte Shopping – and Lotte Shopping signed a memorandum of understanding on Thursday.

Under the terms of the agreement, Lotte Shopping has pledged to build Lotte Tower in Busan by the end of 2025, a year ahead of the original 2026 target. contractors to build the site, and the signatories will help Busan host the 2030 World Expo.

Lotte Shopping started construction of Lotte Tower in Busan in 2013, but construction was halted. The company wanted to allocate part of the tower to the residential unit to improve profitability through rent, but faced opposition from civic groups.