An arrest has been made after a standoff this morning in Dartmouth resulted in a heavy police presence.

Upon arrival, officers learned that one of the men had barricaded himself inside the residence with a gun he allegedly brandished during the altercation.

After several failed attempts to get the man out of the residence, the Southeastern Massachusetts Law Enforcement Council’s Special Weapons and Tactics (SWAT) unit was called in.

After lengthy negotiations with the man, he walked out without incident. 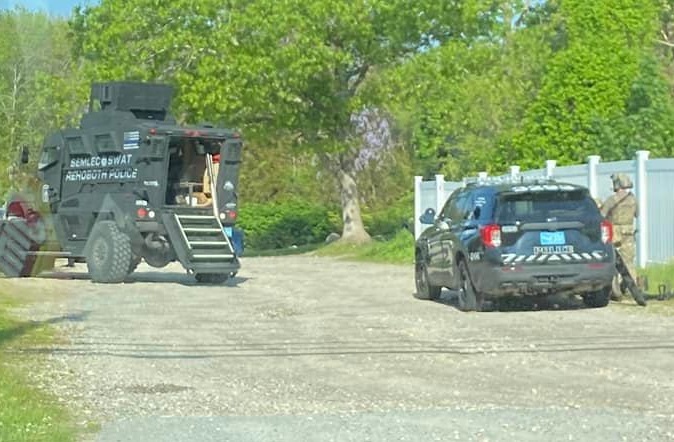 The man, later identified as Derrick Paine, 40, of Fenton Street, Dartmouth, was arrested and charged with assault with a dangerous weapon and carrying a firearm without a licence. Additionally, Paine also had an outstanding warrant for motor vehicle offenses.

The investigation is still ongoing.

Dartmouth Police Chief Brian P. Levesque said, “I am extremely pleased that there were no injuries as a result of this man’s senseless and reckless actions. I applaud the actions of every officer involved in this incident, as it could have ended much differently.