Subscribe to the NewscastStudio newsletter to get the latest in broadcast design and engineering delivered to your inbox.

The new facility, dubbed the Austin Media Center, is part of the Austin Community College’s Highland Campus development, which was converted from a shopping mall and is home to KLRU, which is branded “Austin PBS.”

Designed by Gensler and Steinbomer, Bramwell & Vrazel Architects, the facility comprises three studios, including one with the ability to include a live audience in a variety of configurations. 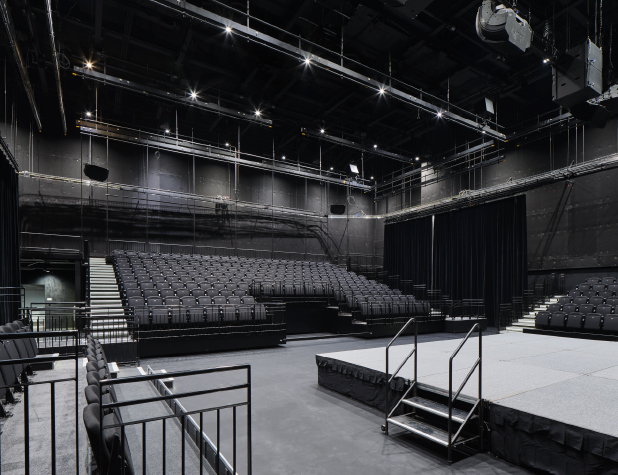 Known as the “Community Soundstage”, the space is designed to replace the original Studio 6A, the home of “Austin City Limits”, the popular nationally broadcast music program produced by KLRU. Plans call for the space to also be used to host screenings and live events inspired by PBS content.

In total, KLRU uses approximately 45,000 square feet of the area where a large Dillards store once stood and is also the country’s first 12G SDI public television and the largest to date.

The rest of the estimated $55 million, 185,000 square foot complex is used by ACC and its broadcast channel ACC-TV. The college and station plan to collaborate on a variety of projects, including learning opportunities for ACC students at KLRU.

Prior to the move, KLRU was located on the campus of the University of Texas at Austin.

A woman found dead in a Belk department store on Monday evening, last seen on Thursday

A defunct department store just came back from the dead